In September 2018 the Holocaust Exhibition & Learning Centre opened at Huddersfield University. This £1.1m project was the culmination of many years of work for the Leeds-based Holocaust Survivors' Friendship Association, with whom I had worked in various freelance capacities for the previous ten years. I was appointed as the first Director of the Holocaust Exhibition & Learning Centre in the spring of 2017 with the task of turning an empty space at the University's Schwann building into a museum standard exhibition with a learning centre, conferencing and events space, and a comprehensive programme of formal and informal learning. That we opened the Centre less than 18 months later felt miraculous but is testament to the hard work and dedication of the project team which included the lead contractor and exhibition designers PLB Projects, fit-out contractor Workhaus, interpretation consultant Sam Heywood, artist and creative director Jenny Kagan, AV consultants Ay Pe, sound designers WMP, and AV hardware contractors Fusion. They were all terrific and I wouldn't hesitate to recommend working with them.

The Centre's permanent exhibition, 'Through Our Eyes', tells the story of the Holocaust through the eyes of 16 men and women who experienced it first hand. It brings together filmed eyewitness testimony, photographs, archival sources, official records and personal artefacts to describe and explain events in Germany and occupied Europe from the rise of Nazism in the 1920s through to the end of the Second World War and its aftermath. Curating the exhibition was a challenging and deeply personal experience and I felt a heavy sense of responsibility to the survivors and their families, some of whom had passed away in the decade since I had first started working with the HSFA. I wrote about the experience in a blog, 'Interpreting the Unthinkable', for British Online Archives which you can read here. 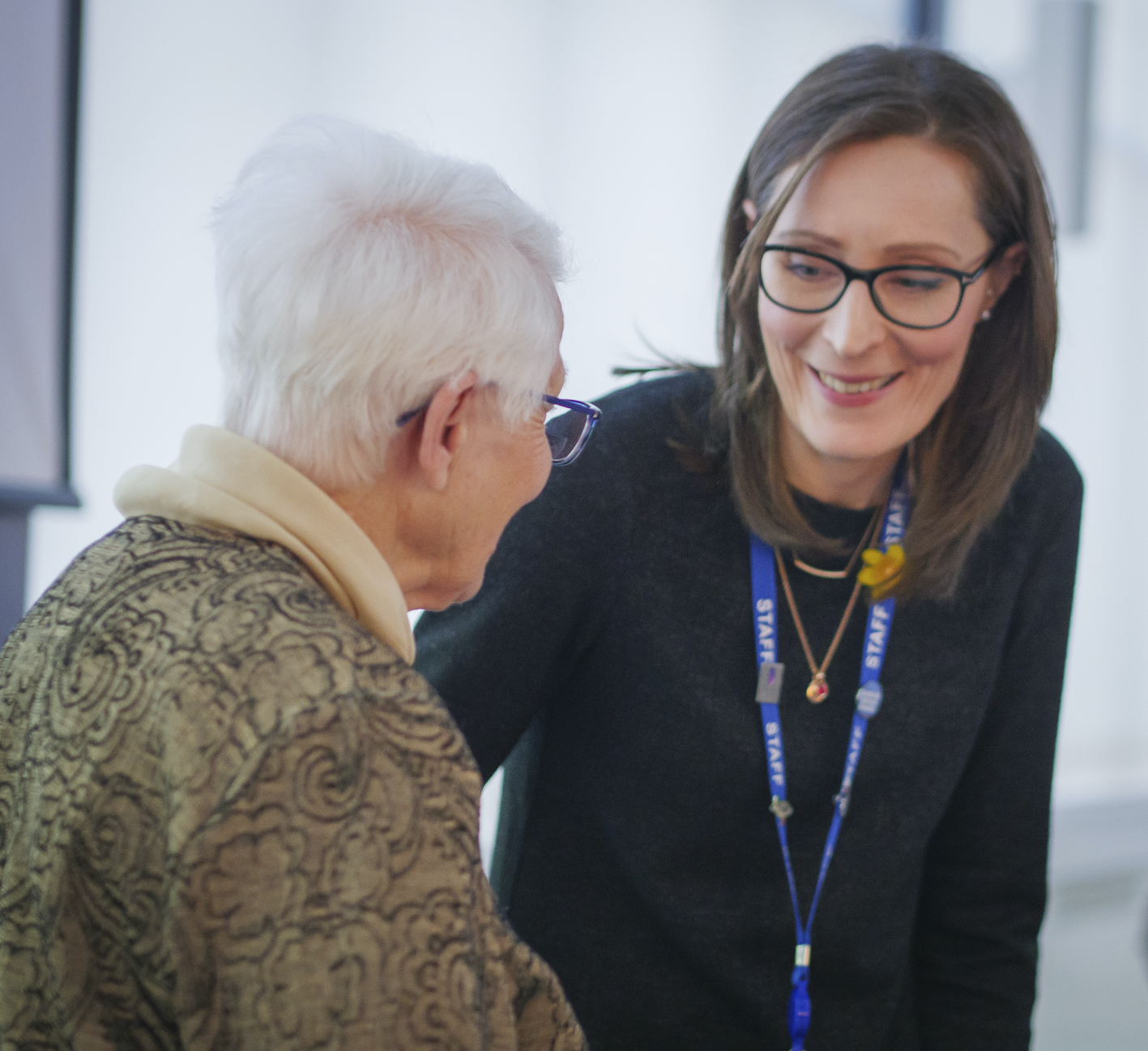 The Centre is the first of its kind in the north of England, and the only resource for teaching and learning about the Holocaust based in a UK university. During my time as Director I led the Centre in a number of partnerships including the Imperial War Museum's Second World War and the Holocaust National Partnership Programme, and an exciting new development with the Wiener Holocaust Library to create an outpost and research collection in Huddersfield. We ran a wide range of successful events, some of which you can watch again on the University of Huddersfield's YouTube channel, and created a learning programme for primary and secondary schools with curriculum-linked workshops that explore the history of the Holocaust and reflect on its significance and relevance to the present day.

I recently chose to move on from my role at the Centre in order to re-establish my freelance business, but creating the Centre and exhibition was one of the proudest achievements of my career and an exceptional opportunity to develop and learn.

We provide practical, effective advice and help on all aspects of exhibition development. Whatever the size or subject matter of your project, we can help you make it a reality. Talk to us about: